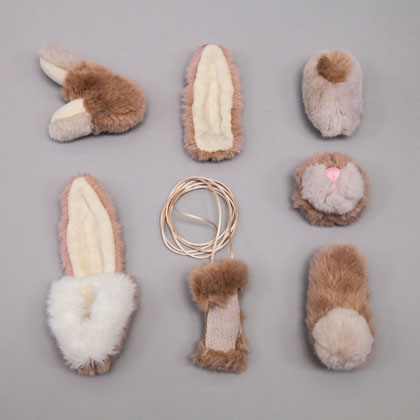 There has been another murder…….
Like executions of old, the parts are to be spread to the furthest corners…….

I promised Stevie a piece of work as a thank you. Rather than owning an existing piece he asked if he could find the toys for me to work with. Of the three he gave me, one survived, he took it home.

Working with objects I had not chosen myself was an interesting process. Initially I felt quite uninspired, however, once the dismemberment and evisceration had taken place the process of ‘reincarnation’ was remarkably fast, with pretty much all body parts being used. The end result is a group of seven pieces from one animal.

Intuitively I wanted to separate the pieces. I had in mind my English history lessons, traitors being hung, drawn, quartered, the parts then taken to various cities across the country; also the legend of Osiris ‘lord of the dead’, murdered and dismembered by his brother Set, rejoined and briefly brought back to life by Isis to father her child Horus.

One piece is to stay with Stevie in Plymouth; the nose is going to Denmark with Josefine. I intend to find homes in various locations for the remaining pieces. Will the seven parts of Bunny ever be reunited?